The 24 Hour Boiler Repairs call centre is open right around the clock. Our team of friendly operators are on hand to take your call and dispatch a highly trained engineer to your door. Our commitment to dealing quickly with all boiler emergencies, regardless of when or where they happen, means we have one of the best response times around. So, rest assured, when you get in contact with 24 Hour Boiler Repairs, your problem will be dealt with at speed by a team of highly skilled professionals. If you have an issue with your heating system, get in touch straight away.

Need a Gas Safe engineer in London ASAP? Call us 24 Hours a day!

Over a period of time rusts along with other debris like soil particles coming with water form a solid encrustation called sludge. These sludge block the pipes, radiators and boiler tubes & drums. Sludge inside a central heating system block the water passage and also aid in corrosion. These certainly lower the efficiency of the system. In certain cases this problem of sluggish water flow and corrosion become so severe that a boiler has to be stopped and maintenance is done. Also, in extreme cases replacement of the whole boiler is needed.

When Do we Need a Powerflush?

Generally, when we carry out yearly servicing and maintenance by a professional team then the problem is kept under check. In such cases a preventive Power Flush in 5-6 years interval will serve the purpose of clearing debris and blockages significantly.

In case of replacing a boiler, it is important to perform a Powerflush before installation. This will remove the sludge and debris which might be present in the old pipings. If left without a Power Flush there will be a risk of contaminating the boiler water which, in turn, will damage the new boiler.

Indications of a problem in the central water heating system:

If any of these indicators is found then it is better to go for a Power Flush by a competent engineer.  However, if the system got so damaged that a mere Power Flush will not be sufficient. In such cases it may be economically profitable to replace than to go for repair. To arrive at a right solution it is advisable to take help of a professionally competent consultant.

Benefits of a Powerflush:

For a reliable professional service one can contact Power Flush London to clean a heating system effectively. With our company you will get 100% satisfactory service for your money spent. Get in touch with only a reliable Powerflush service provider like us, let us talk to each other to know more about what you are looking for. We are just a call away. Book a quote today. 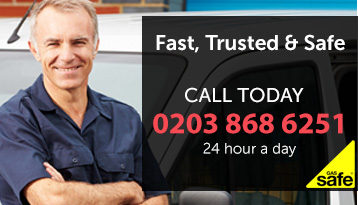 Specialist for all boilers including:

24 Hour Boiler Repairs installed our system, serviced it and, if we ever have an emergency, it’s them we will call. Trustworthy, friendly and professional.
S. Joyce - Bank, London.

We called 24 Hour Boiler Repairs at 11pm expecting to be informed that an engineer wouldn't be available until the morning but we had an engineer at our door by 12:30am. Great Service.
T. Green - Hackney, London

Not only did they fix our boiler, they handled the whole thing with such speed and professionalism.
Paul Dunne - Leytonstone, London